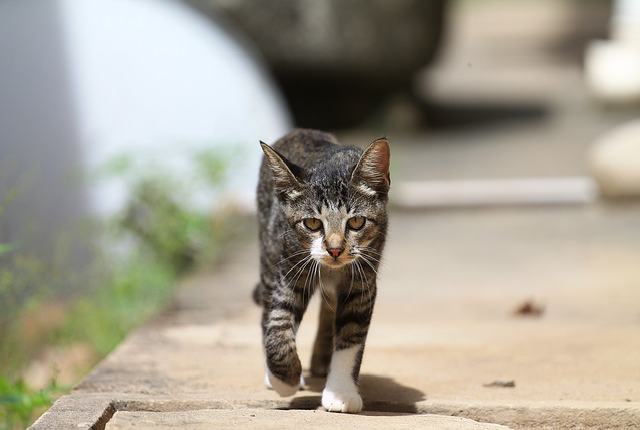 Cats disappear without a trace because they got killed by a predator, they lost their way home, chased away by cat haters, picked up by another cat lover who thinks they are lost, or abducted by cat nappers.

Cats are actually among the most popular type of pets around the world and are found in many home, they are many reasons to why a cat may disappear and never return again.

How you treat your cat matters a lot, generally it is more advisable to keep your cat indoors than to keep an outdoor cat.

Reasons Why Your Cat May want Disappear

Why Cats Disappear Without a Trace

Here are the reasons why cats disappear without a trace of it;

The Cat Was killed

This is the major reason why cats disappear without a trace, because a dead cat cannot come home.

A cat may y killed by a moving truck or by a bigger predator meters away from home, and you can not trace such a cat.

Cats are good hunters and may travel far in the hunt for prey, not minding the distance.

During their trip, they may encroach a bigger animal territory and this will lead to a fight in which they may be killed.

Once a cat is killed in the bust there are other animals waiting to feed on it, and if they use the dead cat as dinner such cat can not be traced.

You can only trace a dead cat if you have a tag or a GPS tracker on it, or maybe someone who knows your cat found it dead along the way and contacted you.

There are lots of predators around every hunting ground, and to keep your cat safe just train your cat to be an indoor cat and save yourself the troubles that come with outdoor cats.

Read more about the causes of depression in cats.

The Cat Lost Its Way During Hunting

Cats are great hunters and can roam far away from home during a hunt.

Most cats are not like some smart animals that will mark their track before hunting.

If your cat gets lost during hunting, the chances are that your cat turns to a wide cat, and such a cat may not come home again except for some special cases.

The Cat Was Abducted By Cat Nappers

If your cat ever got abducted by a cat napper there are high chances you will never trace your cat or see it again.

Cat nappers are people that go about hunting or tracking cats in the street for a different purpose, and if your cat fails into such a hand, you will never see it again.

Picked Up By Another Cat Lover

If your cat is lost or taken by another cat lover who is not a good citizen, say goodbye to your cat as your chances of coming back are slim.

However, if your lost cat is taken away by another cute cat lover, there is a good chance your cat will come back after the cat is tracked next to you or if it was advertised in the newspapers.

Always remember that just as much as you love your cat very much and want your cat to be close at all times, they are another cat lover who already has cats and wants more.

So if your cat has ever been held by such people, this is a farewell for your cat.

If your cat is grazing or chasing prey and straying into the house, many factors come into play, especially the cat’s behavior, which helps people realize that the cat is missing.

Your cat’s covert behavior when lost makes someone think that the cat has been abandoned or neglected.

If someone has ever held your cat, say goodbye to your cat.

Read more about the signs of depression in cats.

The Cat Was Trapped And Disposed Of By Cat Haters

Just the way cats are loved by many cat owners, there are people who hate cats, and on the site of the cat, they always chase the cat away.

You might be living in an area where people around hate a cat, and if you have an outdoor cat that might move into any home of a cat hater and spoil items.

This might lead to the cat hater trapping and disposing of the cat.

Some cat haters might even trap the cat and submit it to a far shelter home where the cat can not come back again.

So if your cat ever gets trapped by a mean cat hater, your chances of ever seeing your cat are low.

Recommended>>>How to Help a Cat Adjust to New Home

Cats that develop a habit of climbing in open vehicles, boxes, or other containers are at risk of being transported outside their territory.

This is a cat that ends up in an open construction vehicle, service vehicle, delivery van, or convertible.

Curious cats are also carried in boxes that are transported outside their territory.

Some of these cats were eventually brought around the city and, in some cases, evacuated across the country.

There are many ways to react if your cat disappears and one of the best ways is to contact the local animal shelters and file a complaint with details of your cat.

The Cat Lost Its Way Trying To Escape Death

Being chased by people or bigger animals is one of the reasons why cats disappear without a trace.

There could be a bigger animal in your area that is making the area uncomfortable for your cat.

Even humans who do not like a cat can chase your cat away from home. Cats can also get into a fight and decide to run away.

During hunting animals cross path and if a cat crosses the path of a bigger prey or a hunter, the cat will run for its life and in the process the cat might miss track of his way home and turn into a wide cat.

Picked Up By Shelter Home

Outdoor cats roam about a lot and can get lost. Shelter homes are the first place you look for your cat if it ever gets lost.

People who find a “homeless” cat can take him to a shelter.

Many cats are brought straight to the shelter by neighbors (or pest control companies) who have humanely trapped them out of the area.

If you’re the type who harasses your cat a lot, keep in mind that one day the cat will decide to run away alone.

And even if your cat is taken by an animal shelter, such a cat will still find a way to escape into the forest.

It’s important to find a cat at a local animal shelter immediately if it’s gone.

Abandoned cats often end up in shelters for weeks or even months after losing their original.

Why would a cat suddenly disappear?

A cat can suddenly disappear because the cat was involved in any of the following;

Is it normal for my cat to go missing?

Yes, it is normal for your cat to go missing if you keep an outdoor cat, your cat can go missing for days and still come back home.

Your cat can go missing because it was trapped in a neighbor’s basement or garage, or it went missing for reproductive issues.

No, it is not normal for your cat to go missing if you keep an indoor cat.

Your indoor cat can go missing because you didn’t neuter it, or it was not properly socialized.

Indoor cats can go missing because you abused the cat to a point, the cat prefer to go and die.

How Long Can cats disappear for?

A cat can disappear for 1 week if the cat is on heat, a cat can also disappear forever depending on what happened to the cat.

If the cat was killed by a predator you will not see the cat again, apart from being killed your cat can still be found when it disappears.

Check these two articles; How to Find a Lost Outdoor Cat Within Your City and Who to contact for a lost cat.

Can cats find their way home if lost?

Yes, a lost cat can find its way home because cats roam a lot and have long and sharp memory.

At night cats wander far from home but return home before daybreak.

The only way a cat can not return home is if the cat was taken to a new city or the cat was trapped and locked up by an animal control team.

Why do cats wander off for days?

Cats wander off for days because of the following reasons:

Also, read about Outdoor Cat Missing For a Week | 11 Reasons

Where do lost cats go?